Not all businesses require the same level of web hosting resources. If a start-up anticipates rapid growth or an established business outgrows its hosting, in many cases, they opt for VPS (Virtual Private Server) hosting. Dedicated storage, RAM, and CPU resources are allotted in a virtualized server environment, providing more stable, predictable, and scalable web hosting. Today we’ll take a look at the choice between a private Linux server vs Windows server and why this choice matters.

First thing’s first: These two popular operating systems (OS), Linux and Windows, power over 60% of all websites, and many of those are managed in a VPS environment.

This article will explore the differences between Linux hosting and Windows hosting – differences that matter in shared hosting but are of even greater importance in VPS hosting. One of these two operating systems costs less, is more secure, and is easier to use than the other. Read on to find out which is the right operating system for your VPS.

The Fundamental Difference Between a Linux Server and Windows Server

When choosing between managed Linux VPS hosting and Windows VPS hosting, you should understand the technology used to provide the two services. Let’s start by defining each type of hosting:

Windows Hosting: uses Windows as the server operating system and relies on Microsoft solutions for database and website management tools.

Among small businesses, Linux hosting is more popular than Windows. While statistics indicate that usage of the two operating systems in web hosting is about the same, with each OS serving approximately 30% of total websites, the numbers are skewed.

Businesses that account for most Windows-based hosting are larger organizations with sky-high IT budgets and a staff of engineers to run their sites. Most small and medium-sized businesses opt for a Linux hosting solution, benefiting from the reduced cost and ease of use.

When opting for VPS hosting, the most common reason is scalability. For a fast-starting business or one that’s grown over time and needs more from its hosting plan, VPS hosting is a great choice that won’t require the company to rethink its web hosting a year later.

For VPS hosting, does Windows offer more scalability than Linux?

Scalability comes down to three factors: performance, cost, and flexibility. Those are the first three points of comparison that we’ll explore in the next section.

The Best OS Between Windows and Linux for Your VPS

When we examine how Windows stacks up against Linux as a VPS hosting OS, focusing on small business owners’ most relevant factors, a clear winner emerges. Let’s take a look.

Any web hosting operating system should be fast and stable, but when a business opts for VPS hosting, the need for speed and stability is at the core of that decision. The best OS for the job will have an excellent capacity for optimization.

With a well-run VPS plan, you get a hosting environment that can be fine-tuned to maximize site performance. You should expect responsive server provisioning and robust performance, driven by multi-core servers loaded with RAM and enhanced SSD drives with terabytes of storage.

Both Linux and Windows are highly capable in this regard. However, even if the two operating systems tie on performance, Linux-based hosting costs less, as we’ll discuss next.

Free Linux distributions offer enterprise-level functionality; hosting companies can use Linux to create a managed VPS hosting environment. Because the OS is free, they can minimize what they charge customers, pricing their service with a nominal markup.

The license fees for Windows are high. When building a VPS environment, if a hosting provider needs to pay for the operating system, they’ll pass that licensing costs on to you.

In the cost category, Linux hosting is the clear winner.

VPS web hosting is designed to address the needs of businesses with greater hosting requirements than can be met with shared hosting. Site owners opting for VPS hosting typically want the ability to grow their site at will, run multiple sites, use the CMS they like, and choose from a range of reliable tools. That sort of flexibility is a significant benefit of VPS hosting, and both Linux and Windows can provide it to different degrees.

With a Windows VPS, you won’t miss out on any web server functionality, but you’ll be severely limited in selecting your CMS and tools. You’ll have to learn to love Microsoft technologies like ASP, .NET, and Microsoft SQL Server.

A well-managed VPS will offer business owners flexibility, regardless of the OS that runs it. But if you want to adjust server resources easily, enjoy the freedom to select the CMS and tools that best meet your needs, and avoid being tied down to a single company’s software, Linux VPS hosting is the best choice.

A prime concern for any website owner is security. Keeping user data safe and repelling hackers is crucial, and the ability to do that depends on your site’s server OS.

If you use Windows as your server operating system, you’ll use the most frequently attacked OS in existence. While hackers attempt to break into Linux web servers, they focus more heavily on finding security weaknesses in Windows. The security pros at Microsoft try to keep up, but it’s impossible.

Linux has robust, enterprise-level security and a massive user community populated by dedicated software engineers who, as a group, work to preserve the operating system’s consistently impressive security features. When a problem is found, it’s resolved quickly.

With a smaller target on its back and the agility with which the Linux engineers can address security issues, Linux wins out over Windows again.

It’s not crazy to assume that VPS hosting’s increased performance and flexibility will come at the expense of simplicity. Configuring the system to allocate storage, RAM, and CPU resources may seem like it would be a complex and time-intensive addition to the simple site management duties you may be used to.

Windows Server Ease of Use

If you choose Windows VPS hosting, those concerns are valid. Unless you’re already an expert in Microsoft platforms, you can expect a steep learning curve. Even as a carefully managed offering, Windows VPS hosting can present challenges for non-technical site owners trying to make high-level configuration decisions.

Linux Server Ease of Use

Linux-based VPS hosting is offered as a managed service that allows you more control over server resources but makes it easy to exercise that control. Site owners coming from shared hosting solutions will find themselves managing their website with the same tools they’ve been using for years, namely, cPanel and WordPress (or their favourite Linux-based CMS).

To use Microsoft technology as the foundation for your VPS, you’ll pay a premium to get what is, admittedly, world-class technical support. Well, your hosting company will pay, and they’ll pass the support subscription fees on to you.

You can also get excellent tech support with Linux VPS hosting. Being open-source, Linux has a large network of developers that make up an active support community. The best hosting companies hire in-house Linux experts who know how to solve all the most common hosting issues that customers encounter. Freed from having to pay the high support fees associated with commercial software, a hosting provider can include top-grade technical support as a standard part of affordable VPS hosting plans.

Windows servers are equipped with a remote desktop, which comes with a GUI and makes it a lot easier to manage a server. The functionality of a remote desktop comes in handy for server administrators – they’re allowed to access the network and perform tasks from anywhere.

In a crisis, a server administrator can quickly shut down the system remotely before a solution is found.

Linux servers don’t come with a remote desktop. They are based on command-line, and while there are graphical user interfaces available for Linux servers, they require a setup from a server administrator. You need at least some experience of the Linux operating system to be able to set up an administrator.

Frameworks such as ASP.Net and its predecessor, ASP,  are much easier to download and manage, and have more reliable support than Linux scripting frameworks.

However, web pages and scripts developed using a Microsoft framework will usually work only on a Windows server.

Advantages of a Linux Server

Disadvantages of a Linux Server

Advantages of a Windows Server

Disadvantages of a Windows Server

Which One Is the Smart Choice?

In comparing Linux VPS hosting to Windows VPS hosting, we broke down all of their key differences.

A quick scan of the web hosting marketplace will reveal that providers who offer both Windows- and Linux-based hosting tend to steer their customers toward the Linux-based solution, if only in how they price their comparable Microsoft-based plans. Due to the high cost of Microsoft software and support, it’s simply not possible for a hosting company to offer a Windows VPS hosting plan at an affordable price.

We hope this examination of VPS operating systems has been helpful and that you’ll be confident in choosing Linux VPS hosting. It’s a popular and affordable way to get the dedicated and scalable web hosting resources that many growing businesses need.

7 Reasons to Choose Managed WordPress Hosting for Your Site

Video: Things to Check if Your WordPress Website Is Down

Starting a Business? 6 Marketing & Web Hosting Deals for You

How to Find the Right Web Host for Your Blog

Why You Should Use Managed WordPress as a WordPress Design...

Good Fortune for Shopping Fans: TemplateMonster Gets Ready to Give... 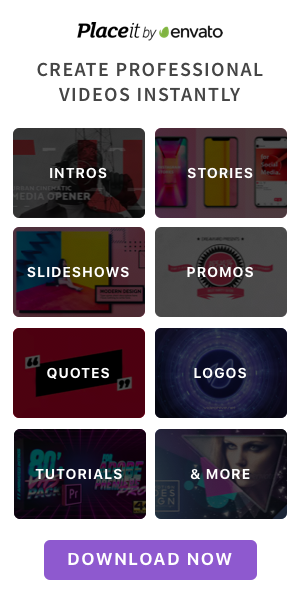 How to Drive Traffic to Your Online Store...

How Much Does It Cost to Start an...

How to Start an Online Boutique [Full Guide]